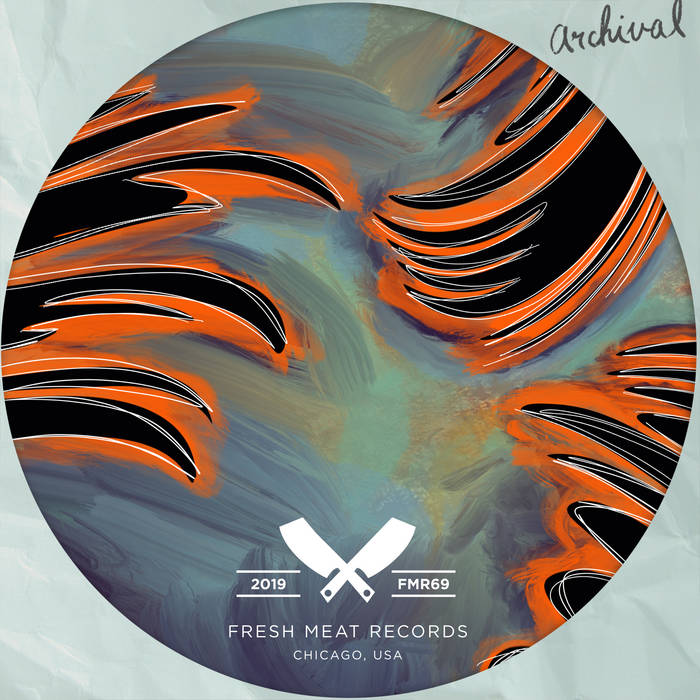 Once again we are playing with your sense of time. With Archival 3, we bring you four musical collages by four artists. In the A1 position, North and Damen Reprise pounds, jumps and it juts. Originally made by Mazi Namvar in 1998 and released on Chicago label, UC Music, the elements of the original recording have now been mixed down anew, edited and re-mastered. This is an homage to Chicago nightclub Red Dog, and has never sounded so good. Next, Luis Baro brings the vibe with a thick and atmospheric transmission named My Rx. Luis’ meditation is also an homage, this time to the seminal Chicago label Prescription Records. We are laying it all bare for you on Archival 3.

And then, we move back in time with The Looq by Art of Tones. This disco odyssey was originally signed to Fresh Meat in 2010 and was, at that time, planned for release on vinyl. Due to the chaotic turbulence of The Universe, The Looq was not pressed on vinyl as planned. 9 years later, we have, at long last, fulfilled our destiny and pressed this elongated gem onto beautiful orange plastic.

Young French creator Yann Polewka brings our story to a conclusion with his raw disco dub infused Rêves. We could make comparisons to sounds of the past here and we wouldn’t be lying, but we believe this is future music made by a sonic anthropologist as he excavates memories and pours them into a jubilant brew designed to conjure the dance.

Archival 3 is released on a 200 limited press orange vinyl record with hand-drawn artwork created by Chicago artist Chrissy Laing. The music is mastered by alchemist and master magician, Dietrich Schoenemann at Complete, USA. Vinyl copies are distributed by Groove Distribution.