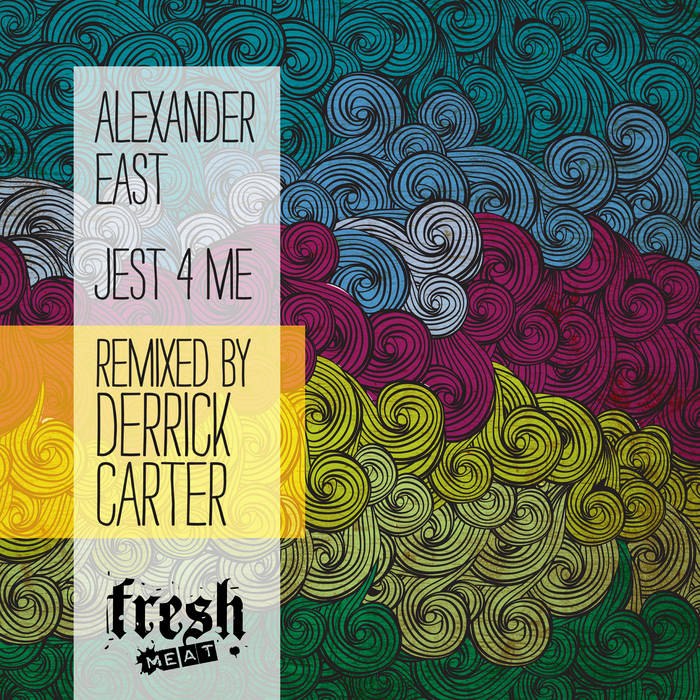 Alexander East has been a friend and creative force in my life since the late 90s. The first record of his I heard was "Hazy Shade Of Love" pressed as a 10" inch on Underground Construction. A year after I head that single, I became the A&R for Afterhours Records. I remember getting a demo of 7 tracks from Alexander that blew me away so forcefully, the next day I walked into the label manager's office and told her we had to sign every track on the demo. She asked if I thought we'd recoup our money and I responded that it did not matter - whether the project went gold or didn't sell a single copy we, as a self respecting House Music label, had to put it out because it was magic. Through the years, Alexander and I have built a relationship as friends, fellow musicians and like minded creative beings. He has continued to send me music and I have released several of his projects on labels like Gourmet and Simple Soul. We collaborated on my first Audio Soul Project album for NRK and my second one released here on Fresh Meat. Back in 2000 Alexander sent me a song called "Jest 4 Me". I loved it instantly. We originally released it on Afterhours pressed as a single sided vinyl 12" with a black and white photo on the A-side and no text on the label. In 2001 we asked Derrick Carter to remix the song; he accepted turning in my favorite remixes he has ever done - Derrick took magic and made from it more magic. I own several copies of Alexander's original version of "Jest 4 Me" and Derrick's remixes. I have never stopped playing the song in my DJ sets.

A few months ago, while surfing the web, I realized the original and Derrick's versions of "Jest 4 Me" are not available in any shops. After a quick conference between the crew, we at Fresh Meat decided to re-release this classic. We reached out to AE and DC acquiring both their blessings and got to work, putting together a digital release. So, for your music consuming pleasure, we present the original version, both of Derrick's released mixes and the unreleased Derrick Carter Club all lovingly re-mastered. Music like this has kept me excited about House for the last 20 years. "Jest 4 Me" gets fresher with every play. Thanks AE. Thanks DC.