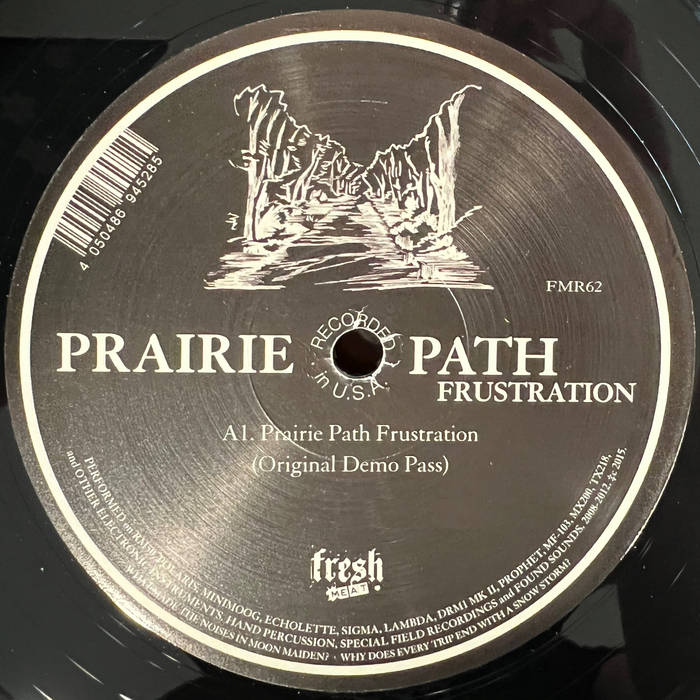 taylorava I will never not love this track Favorite track: Prairie Path Frustration.

It can be difficult to turn one’s gaze inwards, to be alone with searing thoughts and raw emotions when it’s so easy to drown them out. Yet these actions can be potent grist for art in various forms -- an opportunity to come to grips through creative translations of vivid feelings. Prairie Path Frustration, the first solo release from Eris Drew Larsen in five years, was born during introspective periods of 2010 with the wounds of his then-recent divorce just starting to heal. The two original tracks capture specific moments as much as the sensations contained within.

With its rustling field recordings, native bird calls, and near motorik pulse, the title track draws inspiration from a ride through the prairie behind Larsen’s childhood home. It’s cool, interwoven synths sooth the frustrated mind, with touches of live-recorded hand percussion and guitars adding texture and grit to the proceedings. Originally left as an unfinished demo, Fresh Meat founder Mazi Namvar -- aka Audio Soul Project -- meticulously mixed and processed the tune for years and urged Larsen to let people hear it.

“Left There” similarly arose from reflective moments in Larsen’s apartment after her partner had moved out. Faster heart rates are rendered as a more aggressive beat, albeit draped in a moody palette of bittersweet melodies. Unvarnished woodwind motifs soar and swoop like an internal conflict still raging, underscored by bulging synth lines and open hi-hats. The tune’s accompanying Tevo Howard remix gives DJs another reason to reach for this lovingly crafted record. Thrumming with his charismatic synth energy, Howard’s streamlined, steady version gives the tune solid dance floor footing.

Written, performed and produced by Eris Drew Larsen. Recorded at the Garden and MDA studios in Chicago. Mixed by Mazi at Studio Nova. Remix by Tevo Howard for Beautiful Granville Records, Chicago.