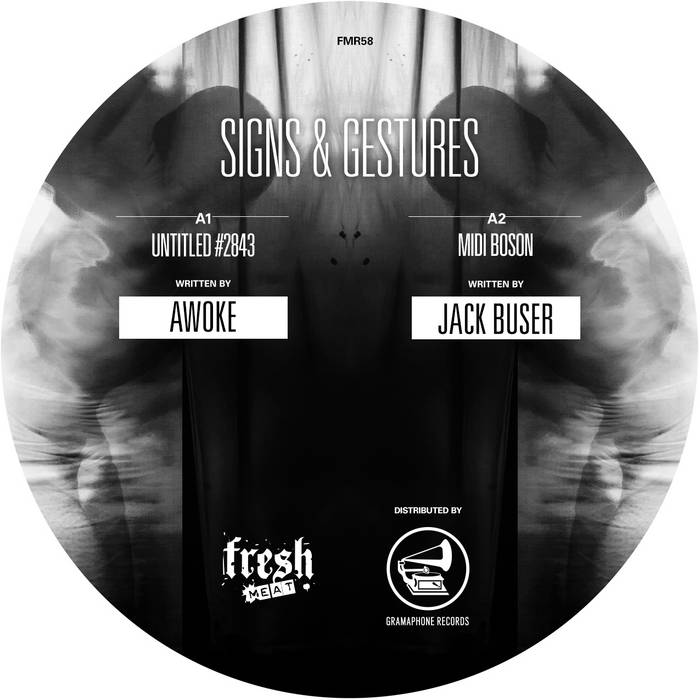 Signs & Gestures is a various artists limited vinyl and digital release. The vinyl version was mastered by Todd Mariana at Deep Grooves Mastering. The compilation features four tracks. Longtime friends Awoke (aka John Griffin) and Jack Buser write the two cuts on the A-side. These guys have known each other for many years and the complimentary nature of their tracks echo their years long relationship. Both use analog gear in their productions. In fact, that is an understatement as both are engineers by day and admitted audio gear junkies by night. Awoke’s Untitled #2843 is a quirky drama builder throwing the In My House vocal over squelches and acid lines. Buser’s Midi Boson is a classic exercise in simplicity. Drums from an MPC and a lead from Elektron’s Monomachine are all it takes for this groove to rattle the dance floor. Side B is also the work of two close friends. Nathan Drew Larsen remixes Little Turtles by Souls Found. Mazi edits Nathan's remix (released earlier on Fresh Meat’s When Bad People Cook Good Food Volume 3) to 6 minutes, removing the atmospheric outro and reducing some of the extended sections. What remains is an energetic workout that is uncommonly melodic and emotional. As Audio Soul Project, Mazi’s remix 3 of Sentimental Love combines sections from the first two of his remixes of this song released on Vizual Records back in 2011. This new version will hopefully express the care and love that went into preserving the message of Joshua Iz and Chez Damier’s original.