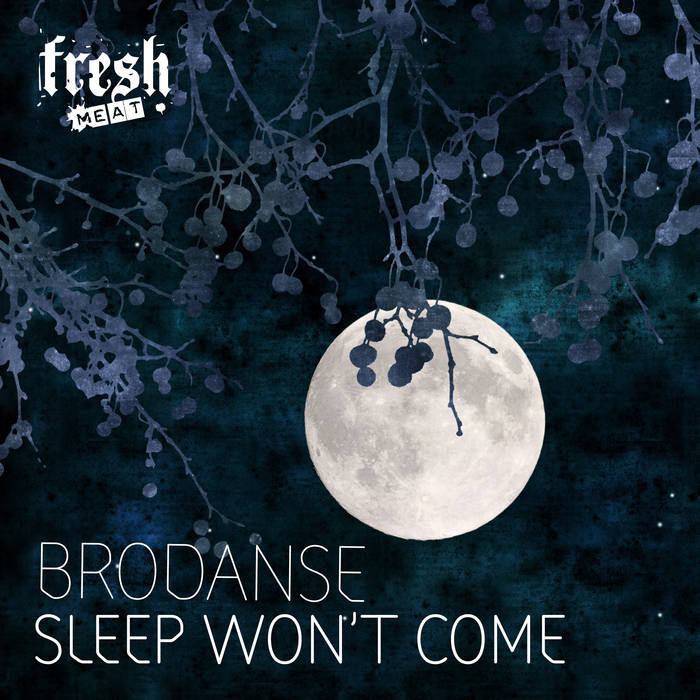 Brodanse’s second EP for Fresh Meat contains three new tracks; two stylish groovers and one remix for the disheveled. Austen and Scott Smart turn in two meticulous originals. The title cut Sleep Won’t Come burns somewhere around 118 beats per minute. It is deceivingly sparse; an early morning affair replete with space and long rests between movements. The lead vocals and keyboard arpeggio at first seem counter-intuitive to the subharmonic notes of the bass and kick driven cadence. The disparate elements do, however, come into focus with drops and silences that tell the story of a murky and restless night. More To Life blazes hotter. The tightly wound clatter of More To Life is underpinned by a rumbling bass-line, beefy compressed drums, insistent pads, and a soothing vocal that seduces as much as it urges the body to move. The EP's third track is the ‘signs and gestures’ version of Sleep Won’t Come by Audio Soul Project and Awoke. Crate diggers might remember Awoke's material written for Classic Music Company in the late 90s. ‘signs and gestures’ is an elongated, freeform, and somewhat off the rails exercise. A Devil Fish modified TB-303 glides over much of the track, re-filtered for added chaos through an Electrix Filter Factory. Percussion comes one half courtesy of a Eurorack based modular system and the second is a mixture of samples and synthesized vintage kits.