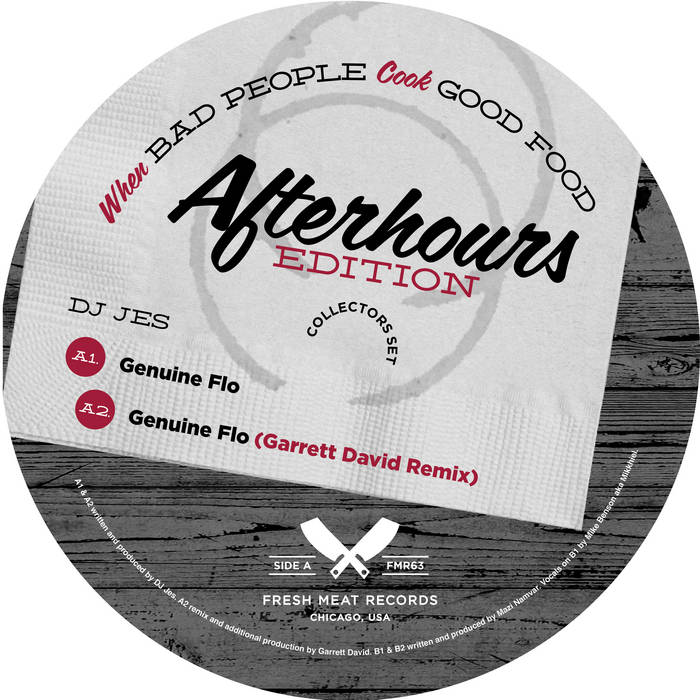 It’s all love. The tracks on this EP are a family affair. These cuts were written by Chicago natives and remixed by Chicago (mostly) natives. The two originals are by DJ Jes and Studio Nova (aka Mazi Namvar). Both tracks are inventive disco cut-ups originally released in the late 90s on the defunct Chicago label Afterhours. The vocals on the Studio Nova track are by Mike Benson, better known to some as Mikkhiel. Mike has recorded for years, gracing several seminal Chicago House tracks with his voice, including I’ll Be There with Joe Smooth, Fly With Me with Glenn Underground, and Sexy Love Song with Anthony Nicholson.

The first remix has been lovingly prepared by Garrett David, a rising producer and DJ in the global scene. Garrett is a resident at Chicago’s hottest weekly party, Queen at Smart Bar, where he plays alongside Michael Serafini and Derrick Carter. Garrett is constantly refining his craft as a musician and has released exceptional projects on labels like Distant Hawaii, Balance Recordings, Stripped & Chewed, and Residual Recordings. The M0ZA1K remix of Mazi’s track was flipped by two veteran Chicago covert operatives, John Griffin and Jack Buser (both of whom transplanted to San Francisco some years back). John and Jack have produced hundreds of tracks and several records between them but have always created music under pseudonyms and aliases so tracking their discography can only be the work of a true ninja ethnomusicologist! Their remix is a testament to a mature skill level that can only be attained through years of hard work and creative innovation.

These creators have known each other for years and this EP provides an opportunity for you to experience what a true Chicago House collaboration across the ages can sound and feel like. This is all love.

This EP will be available, on the release date, on blue vinyl hand numbered and limited to 200 copies.

Finally, we invited our longtime friend, David Duriez, to invent remixes of Studio Nova’s track as exclusives for the digital version of this project. Duriez produced three iterations of a monstrous acid house journey that calls out many of his influences including Hardfloor, Josh Wink, and the Wild Pitch vibe of DJ Pierre. These versions are so underground, they’ll take you right through the floor!